Apart from having four arms on each side of the court, playing doubles can make a huge difference in how you play the sport and the challenges you will face mentally.

Playing singles in tennis is lonely. Seriously. Professional tennis players are left stranded on court with nobody to guide them and nobody to help. This is one reason why sports where you are on your own can be a mental battle as much as physical one. You have to overcome all your negative thoughts and recognise when you are not thinking straight. This is particularly challenging under pressure and in situations where you could easily lose hope or give up.

This 'giving up' mentality that a lot of tennis players suffer from is all due to that lack of perspective and tunnel vision caused by being on the court. In fact, it is very rare to have the level of isolation that tennis players have. Team sports, such as football, have coaches on the side lines instructing their team. Even most individual sports like boxing, golf and cycling have coaches available while competing.

Losing is never easy, but in singles, you're the only person responsible. This means that yourself, your coach and your fans will all feel let down by how you played. Nick Kyrgios, an Australian tennis player, commented on this:

“I was afraid to go out and talk to people because I thought I’d let them down because I wasn’t winning matches.” 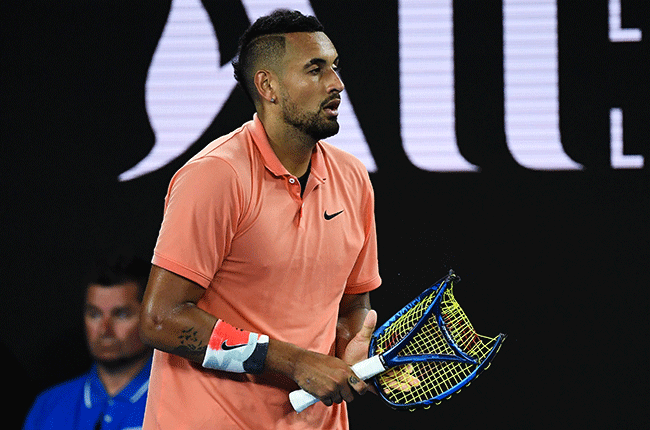 Make sure to check out my last post about tennis tilt and smashing racquets:

How tennis is a battle of the mind and the body

But it's not all doom and gloom playing singles, that feeling of freedom on court can be exciting and compelling to many. I personally enjoy singles more than doubles, that way I don't feel like I let my teammate down or feel like they let me down (normally the former though). I feel more in control of the match which is useful for knowing how to improve if it goes wrong. Not to mention I'm not the best at volleying in the net which is a large part of doubles games!

However, in doubles, you have a partner on your side of the net. How does this change the dynamic of the game? Well, first of all, synchronisation with your teammate is extremely important to be successful. Singles tennis allows you to change plan quickly whenever you feel it's the best decision, it is much harder to make this judgement in doubles as you must coordinate your attack or defence with your partner. Coordination is vital in ending the points swiftly and not leaving you and your partner scattered around the court.

We've all had that moment of clashing racquets in the middle of the court as you both go for the same shot, I am certainly guilty of this! Having that second brain on your side means communication is crucial, pumping each other up and supporting each other mentally can shift the momentum in your favour. It's important to remember that a team is only as strong as their weakest player, so adapting your play style and talking to each other can make a huge difference.

For those of you who haven't played doubles tennis, it is largely focused around asserting dominance at the net and using angles instead of raw power. Court coverage can make it harder for your opponent to put the ball away and allow you to stay on the front foot. These are all things that require a large amount of understanding of your partners play style and being aware of their movement so there are no gaps in your defences.

There is no doubt that both doubles and singles are mentally straining, but they pose very different challenges for the players. Doubles, for the casual players, is a very social and much more enjoyable way to play the sport. Being able to chat with your partner in-between points and joking with the other team is part of the shared fun in tennis. Many professional players have held charity events where they have played doubles with microphones on and just had a laugh. One of my personal favourites was the 2020 'Match in Africa' where Bill Gates & Roger Federer faced Rafael Nadal & Trevor Noah.

In the professional space, singles is marketed much better than doubles which has lead to a big difference in viewership numbers, despite the majority of tennis fans playing mostly doubles. Doubles appeals to everyone when playing, you can either be super fit or not so fit and still have a great time as you have less space to cover on the court than in singles. Also, the court for doubles is slightly larger as the tram-lines are counted as 'in' allowing for a greater margin for error and a more forgiving environment for weaker players. Older players can thrive in doubles too, especially talented players who haven't quite got the agility they once had, allowing for them to still play competitively.

Thank you everyone for reading! I hope you have a great day.

The CrossFit Open started yesterday! Is anyone participating?

Meditation - what do you think?

Once suspended, olly will not be able to comment or publish posts until their suspension is removed.

Once unsuspended, olly will be able to comment and publish posts again.

Once unpublished, all posts by olly will become hidden and only accessible to themselves.

If olly is not suspended, they can still re-publish their posts from their dashboard.

Once unpublished, this post will become invisible to the public and only accessible to Olly Nelson.

Thanks for keeping Finding Flowstate safe. Here is what you can do to flag olly:

Unflagging olly will restore default visibility to their posts.