Do you have a busy mind?

Have you ever heard of a parasite called Sacculina Carcini?

“A female Sacculina carcini larva settles on a suitable crab host and crawls across its surface until it finds a suitable spot such as the base of a seta (bristle). It then develops into a form called a kentrogon, which inserts a stylet into the crab and pushes its way inside. In order to do this, she has to shed her outer hard shell first. From there it moves through the inside of the crab, in due course pushing out a sac, known as an externa, on the underside of the crab's abdomen. The part remaining inside, the interna, develops tendrils which spread throughout the crab. They take over the stomach, intestines, and nervous system to absorb nourishment and enable the parasite to control the behavior of its host.”

Sacculina carcini, the crab hacker barnacle, is a species of parasitic barnacle in the family Sacculinidae, in particular a parasitic castrator, of crabs. The crab that most often is used as a host is the green crab, the natural range of which is the coasts of Western Europe and North Africa. It can be found attached to the crab's abdomen and affect consumption rates by humans.

A Sacculina Carcini could be though of as an abusive partner or significant other, a family member that just drains you, a drug or drink addiction, or a problem that you just can’t solve, anyone of these can turn into, your very own Sacculina Carcini.

Everything you do could become about feeding the parasite, ensuring it survives, seeking its approval, ensuring it grows. It could easily becomes the dominant force in your life.

Take a moment out of your day today and assess how far one or more of these parasites have entered your nervous system, be honest with yourself and be honest with the actions you would need to take to remove it. Resign? Leave your partner? Stop drinking? Stop taking drugs? Stop whatever addiction you have? Not easy is it...? It is a loss of identity, and the strange thing is, it’s not your identity that you would lose, it’s the parasites.

You could call this society in general, some of the Sacculina Carcini's are tiny and you don't feel them, some of them are huge and they weigh heavy on your mind and on your body.

There are lots of little strategies you can use to get some freedom from the Sacculina Carcini. I call them '5 minutes of freedom' this one involves the sky so it is easy to use, no matter where you are, all you need is the sky and it helps if there are a few clouds about.

It's good for the soul to notice and observe the sky, especially whilst out walking. As often as you can, take 5 minutes to imagine the sky as your canvas of consciousness, your mind space, it stretches beyond sight and it's everywhere. 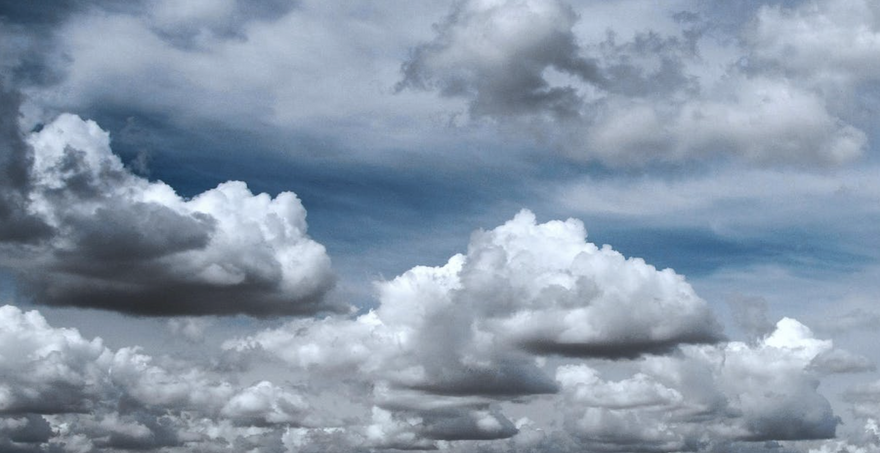 Also imagine that the sun (or the moon depending on the time of day) as the observer, the self awareness inside all of us that can, when summonsed, observe our own thoughts and behaviour. It's what guides you when you are in the zone, or in total flow, it’s that absolute feeling of unpolluted presence that is so rate to obtain people have to climb mountains to feel it.

Imagine the clouds as your thoughts, they emerge or drift into your canvas and then drift off or evaporate. You can either choose to focus on them or choose to let some of them, those that aren't worth focusing on, the ones that don't add any value, just drift off. But, you can also just choose to observe them, thinking nothing of them, and let your curiosity wonder what’s driving them in the first place, what influenced them, just observing like watching trains come into a station and then disappearing into the distance again. The observer is in control, the presence, not the thoughts or which ever Sacculina Carcini influenced them.

Thinking like this for 5 minutes or so really allows you to understand the relationship between emotions and incessant thinking, society and ego. Incessant thinking and over working is a disease and addiction most of us in western society suffer from.

What's in control of that addiction? You could argue that it's the many hypothetical forms of our old friend the Sacculina Carcini.

Hey 👋🏼... C'mon time to get away from that computer, just for it a little bit.

Reflections on My Running Streak Coming to an End

#PressForward Podcast: Helping my future self help itself – #038