Ali on the Run

“I feel so lucky that running has made me feel empowered and given me a lot of confidence. Finding that throughout high school was something that was really life-changing for me. I really want the younger generation to have that opportunity and to see the power of sport and the power they can find in themselves and in their team, and in connecting with others who have similar goals and passions. I really want to inspire that younger generation and see all the great things that they can do.”

Welcome to U.S. Olympic Track & Field Team Trials Week! The Trials officially kick off tomorrow, June 18, at historic Hayward Field in Eugene, OR, and today's guest, Elise Cranny, is definitely one to watch. Elise runs professionally for Nike and the Bowerman Track Club, and she will be competing in both the 5K (June 18) and 10K (June 26). Elise comes into the Trials with the fastest qualifying time in the 10K, and the third-fastest time in the 5K (behind her BTC teammates Shelby Houlihan and Karissa Schweizer), and she is fit, both physically and mentally. Just a few weeks ago, Elise won the 1500m event at the Portland Track Festival, running a 4:02 and earning both a personal best and an Olympic qualifying time (though she won't be going for the 1500m at the Trials). Before going pro, Elise was a standout runner at Stanford University. She was a 12-time All-American, and finished second at NCAA Championships four times. On this episode, Elise talks about her path to the Trials, her dreams for making her first Olympic team, her history with RED-S, and her experience as a Voice in Sport mentor. Keep your eyes on Elise this week!

What you’ll get on this episode:

What we mention on this episode:

SUPPORT the Ali on the Run Show! If you’re enjoying the show, please subscribe and leave a rating and review on Apple Podcasts. Spread the run love. And if you liked this episode, share it with your friends! 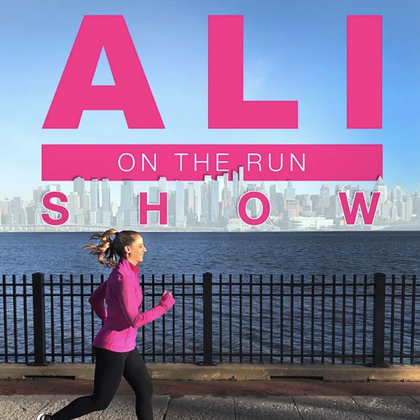